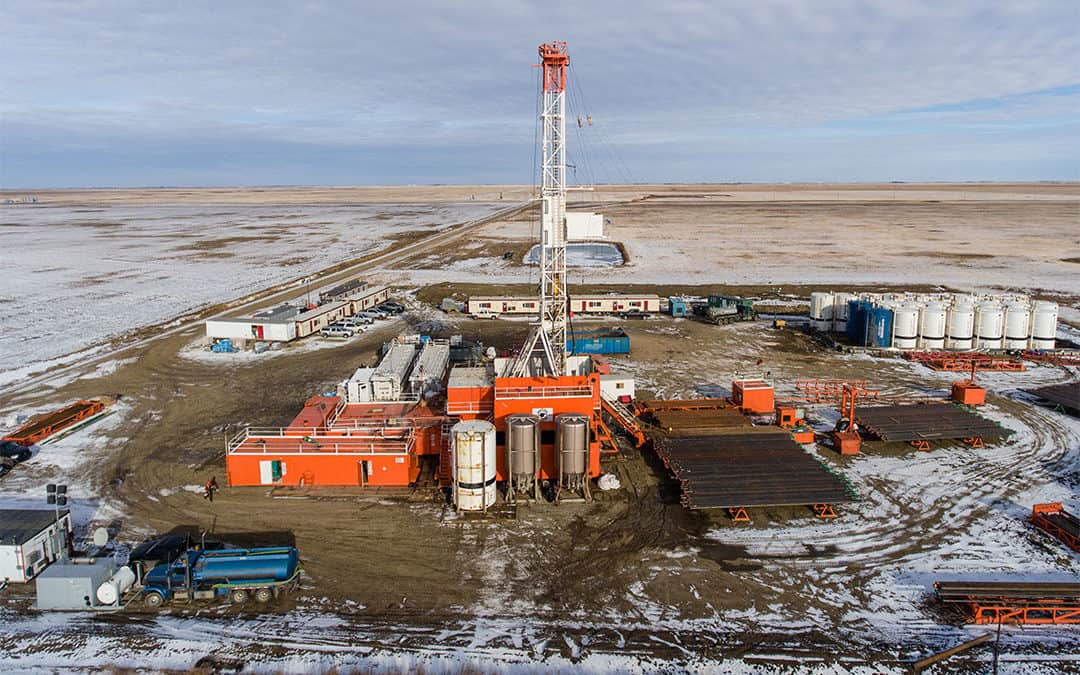 DEEP Earth Energy Production Corp. (the “Corporation” or “DEEP”) is pleased to announce that the 2019-2020 winter drilling and testing program is complete. DEEP drilled four new wells to further define the geothermal field reservoir parameters and test 3D seismic and airborne geophysical data. These are the deepest wells ever drilled in Saskatchewan.

The first of these new wells were previously announced on January 20, 2020 (Border-02A and Border-02B). Both were directionally drilled towards the southwest from Border-01. Border-02B was drilled from the same well bore as Border-02A as a whipstock that enabled the acquisition of additional data between Border-01 and Border-02A. Border-03 was directionally drilled towards the northwest from Border-01. Border-04 is a vertical well, drilled from a new surface lease located southwest of the previous wells to test recently acquired 3D seismic data and high resolution airborne magnetic data.

Drilling contracts were awarded to Saskatchewan based Panther Drilling Corporation and Alberta based Horizon Drilling for a combined total of 115 rig days. Independent Well Services of Estevan performed all the service rig completions work. The total amount of new hole drilled (minus above the Border-02B whipstock) was 12,279 metres. There was 185 metres of core cut and 10 drill stem flow tests (includes 2 misruns). The intermediate section of the wells were cased with 177.8 millimeter (7”) casing. The following chart represents all 5 wells drilled to date, including the original discovery Border-01 well:

The results of the winter drilling and testing program have demonstrated that the geothermal reservoir is multi-zonal. Fluid contributions in the field are sourced from both a fracture system as well as a sedimentary resource. Zonal testing and assessment will continue after spring break up to determine the relative contributions on both a localized and regional basis. This testing will include a combination of flowing and injectivity tests.

Once the relative zonal contributions are determined, reservoir data will be incorporated into a full-scale simulation model to determine optimal well spacing and additional follow up drilling will be planned for later in the year. All reservoir data will also be used to optimise the final surface power facility design.

DEEP has significantly increased its subsurface rights position with a large expansion of a Lease of Space Agreement. The original 2 blocks (covering 4,883 hectares (~19 sections) leased from the Province of Saskatchewan have now been expanded to an extensive 39,120 hectares (~151 section) block, contained in 1 new lease. This lease provides the rights to the geothermal resource from the top of the Winnipeg Formation to the Precambrian basement.

DEEP would like to acknowledge the continued support from Natural Resources Canada for the funding announced in 2019 and for their ongoing support in the development of Canada’s first geothermal power project. This Federal funding is providing employment opportunities in a sector hard hit by job losses by redeploying world class oilfield expertise on a renewable energy project for the first time in Canada. New opportunities created from this geothermal power project, such as heating for greenhouses and aquaculture fish farming, would be a welcome economic addition to the province.

We would like to thank the Government of Saskatchewan for their continued support for the energy industry in the province. This clean energy project will help demonstrate provincial energy innovation and achieve the goal of reducing emissions. Like other energy projects, this project could not go forward without the support and guidance from the Ministry of Energy and Resources working with DEEP to develop regulatory and permitting processes for geothermal energy, as well as the Ministry of Environment and SaskPower as DEEP works towards power facility construction and clean heat innovations for sustainable food growing opportunities.