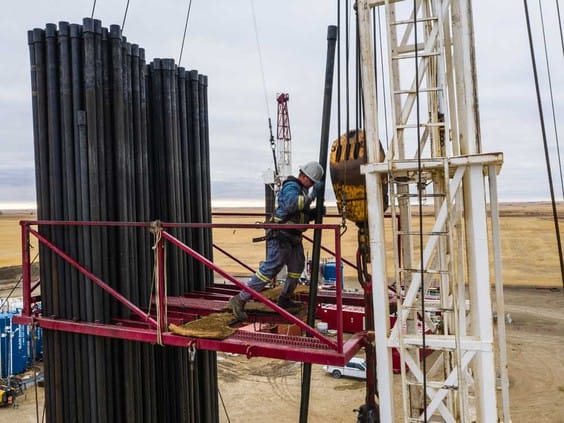 CALGARY — A small, Saskatoon-based company has drilled and fracked the world’s first 90-degree horizontal well for geothermal power in a potentially landmark move that signals the arrival of a new energy source in Canada and provides fresh opportunities for oil and gas workers to apply their skills in renewable power.

No company in Canada has produced electricity from geothermal heat, but Deep Earth Energy Production Corp. chief executive officer Kirsten Marcia told the Financial Post that there’s a “big, big future for geothermal power in Western Canada,” as demonstrated by the results of the first ever horizontal geothermal well, which is also the deepest horizontal well ever drilled in Saskatchewan.

“We were looking for a way to explain to people that we drilled a gusher,” said Marcia, a geologist who worked in the mining and petroleum industries before pioneering a geothermal business in Saskatchewan. In the oil and gas world, a “gusher” is an extremely productive well that pumps substantial volumes of oil and gas.

The well is a first for the global geothermal industry

In Canada’s nascent geothermal power industry, Deep’s “gusher” can produce steaming-hot water and brine with a temperature of 127 degrees centigrade at a rate of 100 litres per second. Marcia said those flow rates mean the well will actually be limited by the hardware, such as pump capacity, that are connected to the wellhead. She said the well, called the Border-5HZ well, is capable of producing 3 megawatts of renewable, reliable electricity, enough to power 3,000 homes.

The well will form part of a larger 20MW geothermal power project, which is expected to commence construction in 2023 in southern Saskatchewan close to the U.S. border.

The well is also a first for the global geothermal industry. 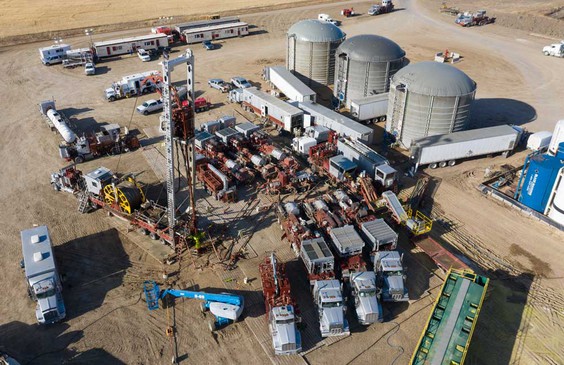 Directional geothermal power wells have been drilled in California, but Marcia said those were drilled at a 75-degree angle, rather than being truly horizontal. Her company’s Border-5HZ well was drilled into the earth at a depth of 3,450 metres before turning at a 90 degree angle and drilling through sedimentary rock along a 2,000-metre lateral route.

Deep is also responsible for the deepest vertical well ever drilled in Saskatchewan, after announcing in Nov. 2018 it had drilled a 3,530-metre well.

Governments in Alberta and Saskatchewan have been revamping regulations for drilling and for power generation in an attempt to stimulate geothermal power investment in their provinces partly because the geothermal industry uses many of the same skills as the existing oil and gas industry.

This week, Alberta MLAs passed legislation that will allow the province’s energy regulator to develop a new framework for geothermal wells to be licensed and drilled in the province. The bill is considered a way to keep oilfield services workers, such as drillers, working as investment in renewable energy is projected to rise in the coming years.

Everything we’re doing is figuratively and literally on the backs of these highly skilled oilfield workers. We couldn’t do this without this expertise in this part of the world

While other geothermal wells have been drilled in Canada previously to channel heat directly from the earth, Deep and a handful of other companies are among the first in the country to use the earth’s heat to generate electricity.

In Alberta, Calgary-based oil and gas producer Razor Energy Corp. is working on a geothermal project north of Edmonton that would retrofit existing wells to produce 3MW to 5MW of geothermal power.

Near Fort Nelson, B.C., a natural gas-rich town, a non-profit research association called Geoscience BC is undertaking a feasibility study of the Clark Lake Geothermal project that would repurpose a gas field to produce geothermal power. 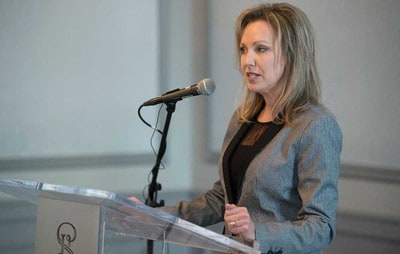 At Deep, Marcia said it’s very difficult to repurpose existing oil and gas wells to produce geothermal power because the diameters of most existing wells are too narrow for the tubing that geothermal wells need to pump water in a cycle through the earth’s crust.

However, geologists have identified multiple locations in Western Canada to produce geothermal power and use existing oil and gas skills in renewable power production, Marcia said.

Over 100 oilfield workers were on site to drill and hydraulic-fracture her company’s horizontal well in southern Saskatchewan in September and October, including a drilling crew from Houston-based Weatherford International Plc, and a pressure-pumping team from Saskatchewan’s Element Technical Services Inc.

“It’s amazing. Everything we’re doing is figuratively and literally on the backs of these highly skilled oilfield workers. We couldn’t do this without this expertise in this part of the world,” said Marcia.

She added that the project was de-risked in part by funding from the federal government, which committed $25.6 million in funding in January 2019 for the project. All told, the geothermal power project is expected to cost $51 million.